3 tips for finding a job in the coronavirus era 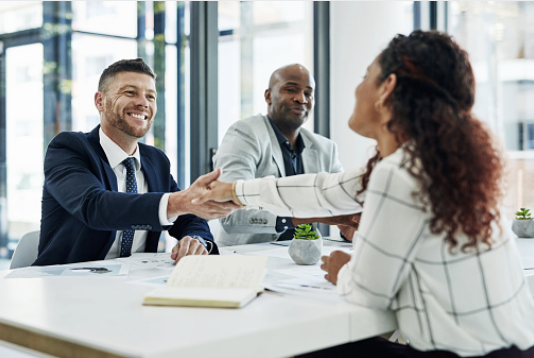 The U.S. job market is full of uncertainty due to COVID-19. Bureau of Labor Statistics data says that more than 20 million Americans were either laid off or let go from their jobs since March. A silver lining came in the form of a record 4.8 million jobs being added to the economy in June. Many of those jobs were people being called back from lay offs. July job numbers are expected to drop due to cities and states shutting down as coronavirus cases surge in the Bay Area, California, and across the country.

A Congressional Budget Office release last week said that the labor market is unlikely to fully recover until at least 2030. The unemployment rate reached a staggering 14.7% in April. The last time unemployment was even close to that was 1940, when it reached 14.6%. Unemployment peaked at 10.6% during the Great Recession in January 2010. The U.S. has experience nothing like this since the 1930s and there doesn't seem to be a concrete end in sight.

Job seekers are in a difficult position due to the sheer number of people searching for jobs and limited opportunities. Small businesses have always created the most jobs in the U.S. by far. But they are closing at a rapid pace, leaving job seekers with fewer options. Many companies are doing all they can to stay afloat, which means complying with local mandates related to COVID-19 and safety thereof. Whether its investing in plexiglass barriers for cubicles or partitions to ensure social distancing, companies are spending on these items to ensure their survival.

The entire job search process must be re-evaluated whether you're an 18-year-old recent high school graduate or a 55-year-old former district manager. Now is the time to update both your resume and attitude towards the job market.

It's unclear whether the U.S. Congress will extend the $600 per week unemployment benefit that millions of Americans have relied on during the pandemic. Thus its easy to feel anxious and desperate in your job search. We all have financial obligations and many have families. Despite these conditions, never reveal your hand.

Ineke McMahon has recruited senior executives for every type of company since the turn of the millennium. She told Liv McConnell of Fairygodboss.com that one of the biggest turnoffs for hiring managers is obvious desperation. Don't volunteer to take a huge pay cut right off the bat. Don't bug recruiters everyday with emails and phone calls. Let the process play itself out.

Xing.com allows you to join groups of similar career professionals and share ideas on jobs and the respective industry. Bark.com connects local leads with various service providers. MyOpportunity.com touts its "professional matchmaking" services. Don't sleep on Twitter and Reddit either. Both have dedicated communities and/or hashtags that allow you to connect with others in your industry.

There's no excuse to be stuck in your ways in 2020 when there are so many platforms to expand your skillsets. The massive open online course (MOOC) movement is a group of companies that offer open, free access to online courses from major colleges and universities.

Codecademy is the place to learn computer languages. Udemy, Coursera, Udacity and edX are some of the top providers that offer courses through universities as prestigious as Harvard and Stanford. Most do not offer any sort of certificates of completion or diplomas without paying fees. But you can literally take courses on anything from the basics of Microsoft Word to quantum physics, for free.

Eco Office continues providing essential services to Bay Area companies, preparing them to compete for the best talent. We understand that office design and safety during the COVID era are important factors for attracting the help you need to put your company over the top. Give us a call today at 408-437-1700 to discuss your needs.