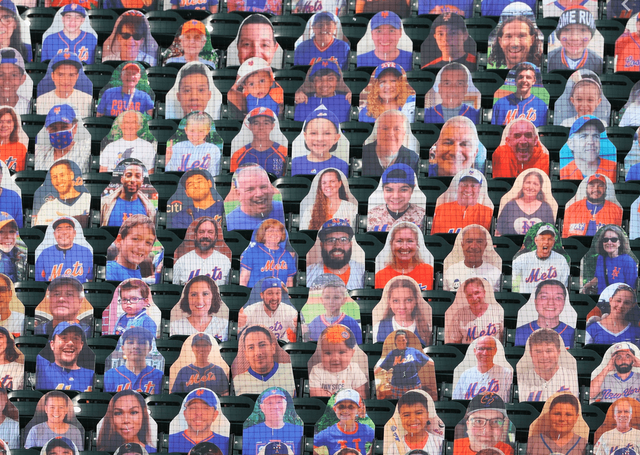 You could have easily blinked and missed the Major League baseball regular season. The truncated 60-game season is in its final week. The season was never supposed to happen to begin with, and had several close calls that could have ended it before it started. Yet here we are, on the cusp of the Wild Card round of the playoff starting next week, September 29. There are many great storylines and much to be decided in this final leg of a sprint season.

The Oakland A's are the only team as of September 22 to have clinched a Division title. Meanwhile the San Francisco Giants have a 26-27 record. Due to the way the MLB playoffs are structured for this very unique season, the Giants are still mathematically alive to make the playoffs (more on this later). The World Series will be held at a neutral site - Globe Life Stadium in Arlington, Texas - for the first time in MLB history. But that's just the beginning when it comes to the quirks in this year's MLB playoffs.

The NFL kicked off its season two weeks ago. The San Francisco 49ers lost their home opener to the Arizona Cardinals 24-20 on September 13. The team sits at 1-1 after its 31-13 victory at the New York Jets this past weekend. It was a pyrrhic victory, however. All-pro defensive end and 2019 Defensive Rookie of the Year Nick Boss suffered a torn ACL and is out for the season. The 49ers also lost starting defensive tackle Solomon Thomas for the season to an ACL injury. The road trip out east seemed doomed from the beginning. The original flight to New York was delayed by six hours because someone crashed into the team plane at the San Jose International Airport the night before.

Bay Area sports fan have plenty to look forward to over the next several weeks. Both Bay Area baseball teams could be playoff bound. Meanwhile the 49ers have many challenges to overcome. The COVID-19 pandemic, however, has completely changed the in-game experience for both players and fans.

MLB rules for players and fans

Baseball fans are well aware of the unorthodox playoff format for 2020. The tournament includes 16 teams - the top two in each division and the next two best records in both the American and National League. The three division winners will be the top three seeds, followed the second place teams slotted accordingly. The final two qualifiers in each league will be the number-7 and number-8 seeds. If the playoffs aren't weird enough, some of the rules that were implemented all year top it.

Players and coaches faced immediate ejections from games if they came within six feet of the umpires. Another strange aspect of this season was the spitting ban. Players were not allowed to spit out sunflower seed, tobacco, saliva, or anything else. Pitchers were banned from licking their fingers, another common practice. The weirdest part of this season was the National League allowing designated hitters for the first time in history. The extra-inning rule, where a player is placed on second base with no outs, was very strange as well.

Fans have different experiences too. Only the die-hards have taken advantage of the cardboard cut-out program. Fans pay to have a likeness of themselves cut out in cardboard to "attend" the game. Nineteen of the 30 teams offer this option. It cost $99 to have your cardboard likeness at a Giants game. The A's charge anywhere from $49 to $149.

Eco Office continues installing essential plexiglass barriers and portable partitions in sports bars and pubs to ensure fan and worker safety. Turnaround times are currently 5-7 days. Give us a call today at 408-437-1700 to discuss your office furniture and other needs.