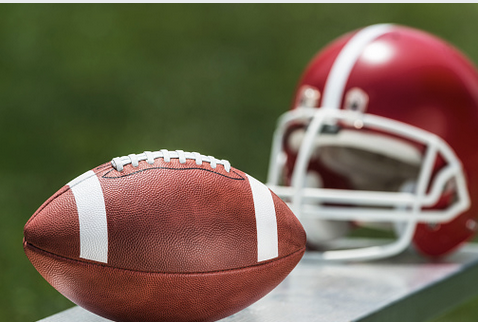 The longer COVID-19 and the pandemic persist, the more we're going to see normal, long-time U.S. traditions greatly altered or cancelled altogether. The Cal-State University system announced in May that all of its 23 campuses will not hold in-person classes in the Fall 2020 semester. That announcement effectively wiped out the football season for all of said schools, unless they planned on playing games without fans. Governor Gavin Newsom shut the entire state down again yesterday, causing even more concern for the forthcoming fall sports season.

The three Football Bowl Subdivision (FBS) teams in the Cal-State system are all members of the Mountain West Conference. Thus if three teams from the 12-team conference aren't playing, it will be difficult for the rest of said teams to play a full schedule. The Cal-State announcement didn't rattle the college football world like it probably should have. The announcement by the Big 10, however, has hit the NCAA football world like an unranked Division II school beating Alabama in Tuscaloosa.

The Big 10 athletic directors and presidents announced that the schools would only play conference opponents in the upcoming season. The shockwaves were immediately felt across the country, particularly in the Pac-12 and with Notre Dame. The highly-anticipated Ohio State at Oregon game is effectively cancelled because of this announcement. The Washington Huskies were scheduled to host Michigan this season as well.

Nicole Auerbach, Senior Writer for The Athletic, tweeted on July 9 that "multiple industry insiders" expect the Pac-12 to make a similar announcement for a conference-only schedule this fall. The news is particularly devastating to FBS independent Notre Dame. It had three total schools from the Pac-12 and Big 10 on its schedule.

Pac-12 officials reportedly met on Friday, July 10 to discuss the upcoming season. Bay Area college football fans and the rest of the West Coast are holding their collective breath wondering what's to come.

Speculation is heavy among sports writers as to the fate of the 2020 college football season. Jon Wilner of the Bay Area Sports Group offered some very interesting scenarios for the forthcoming season. A spring season - all college football games played from February to April - was posited. But then the NCAA would have a very quick turnaround for the 2021 season, making this scenario implausible. Postponing the season for two weeks was also suggested. That scenario is also impractical as the COVID pandemic is unlikely to change in a matter of two weeks.

Pac-12 Commissioner Larry Scott told the San Jose Mercury News that he believes a spring season is the most realistic option. Scott also said there is a scenario where some Pac-12 teams forfeit the entire season while others try and play their schedules. Arizona and Arizona State University are located in one of the hotbed states right now for COVID-19. Southern California is also experiencing spikes in positive tests. But Scott cited data that suggested playing sports may not be risky as it relates to COVID-19 transmission. He cited the European soccer leagues playing games during the pandemic as an example.

The other scenario being widely discussed is playing football games without fans. The suggestion seems absurd, however, for those who have ever stepped foot in a college football stadium. The fans are a major part of the game. They motivate the home team and antagonize the visiting team. Perhaps football stadium bleachers can be retrofitted with plexiglass barriers, similar to poker tables in the COVID-19 era. This scenario is plausible, but would need to be executed immediately.

Stanford and Cal-Berkeley's football fates rest in the hands of NCAA executives. Football will be different in the Bay Area this fall, just like its different going to gyms, grocery stores and schools now. That is, if football happens at all.