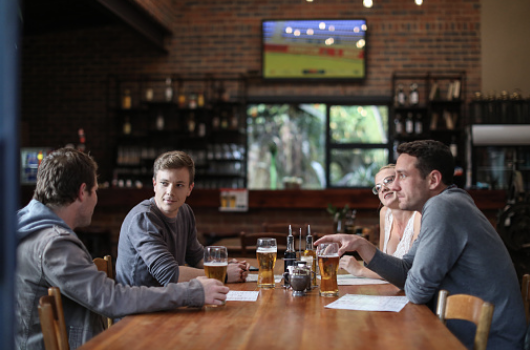 California is the trendsetter state of the U.S. The state would be the sixth-ranked economy in the world (ahead of the United Kingdom) if it was a sovereign state. California is the birthplace of 1960s counterculture. It is the birthplace of Presidents Ronald Reagan and Richard Nixon. It was also California voters who propelled President Woodrow Wilson to the White House. Los Angeles/Hollywood is far and away the movie and television capital of the world. The Bay Area is the tech capital of the world. But one trend the entire country is keeping it's eye on has also emerged in the Golden State.

Chancellor Timothy White announced on May 12 that the Cal-State school system will hold a vast majority of its courses online in the fall of 2020. The 23-campus system includes San Francisco State, San Jose State, and four other Bay Area campuses. White said during the virtual conference call with the board of trustees that all campuses would take a "hybrid" approach. Only research-related courses and activities with "compelling education and research" goals will be held in-person this fall.

Dr. Anthony Fauci, director of the national Institute of Allergy and Infectious Diseases, told the Chronicle of Higher Education that there is no one-size-fits-all approach related to colleges reopening this fall. The Chronicle also reported in April that 485 of 720 college and universities it was tracking planned on holding in-person classes in the fall of 2020. Fauci also told CNN this week that schools should make efforts to reopen this fall.

The Cal-State school system shutting down in-person classes could have far-reaching effects beyond California and education in general.

The Cal-State school system has three Football Bowl Subdivision (FBS) teams: San Diego State, Fresno State and San Jose State. There's been no definitive word as to whether or not these schools will play their football seasons this fall. But since there will be no students on campus, it's unlikely the schools would allow students into the football stadiums either. Therein lies the dilemma. The three aforementioned schools all play in the Mountain West Conference. If all three schools cancel their football seasons, it could lead to the entire conference skipping its season. It could also effect other conferences.

Fresno State is scheduled to play at Texas A&M in October. San Jose State is scheduled to play at Penn State in September. Those two schools would either have to find an emergency replacement opponent or simply cancel those games. The latter action could effect their bowl eligibility. San Jose State athletic director Marie Tutie told KNBR in San Francisco that the school may have football games without fans in the stands. But fans are a major part of the part, which makes that idea seem unlikely.

Some are speculating that the football seasons for the University of Southern California and UCLA may also be in jeopardy. L.A. Mayor Eric Garcetti hinted at a prolonged, city-wide lockdown through August. This would make it impossible for USC and UCLA to prepare their players for the upcoming season.

Several major schools across the country, including most of the Southeastern Conference and the University of Oregon, have definitively stated their football seasons and school years will proceed as normal. The reality is a wait-and-see approach for all colleges and universities.

College and professional football, along with the NCAA Men's Basketball Tournament (March Madness), are by far the two leading revenue drivers for the sports bar industry. Said industry already lost March Madness. The loss of football would be even more devastating.

An analysis published on May 1 by ESPN estimates that the cancellation of sports have already cost the U.S. economy $12 billion in revenues. That number will more than double if there is any interruption to the college and professional football seasons. Bay Area sports bars are particularly vulnerable due to having such a high concentration of Cal-State schools that may cancel their football seasons. Now is the time for sports bar owner to prepare their establishments for success during what could be a slow fall season.

Eco Office is installing plexiglass safety barriers in Bay Area bars and pubs to help them get into compliance with COVID-19 requirements. Whether it's sneeze guards at the bar or transparent, mounted barriers for your tables, Eco Office has the solution. Give us a call today at 408-437-1700 to speak to a project manager.