History of plexiglass sneeze guards in the USA 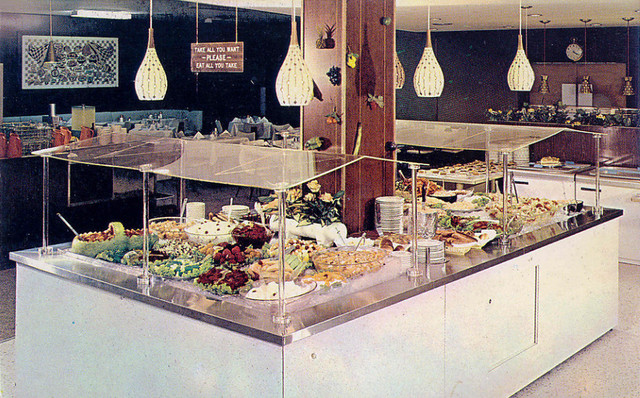 Quick service restaurants, or fast food, started popping in the United States after World War II. White Castle is typically credited as the first fast-food restaurant. It opened in Wichita, Kansas in 1921. The company struggled early on due to the 1904 publication of Upton Sinclair's novel The Jungle. The book talked about disgusting, inhumane conditions at meat packing plants in Chicago. It sold over 100,000 copies in it's first year, according to the Encyclopedia of Chicago.

White Castle changed public perception of beef with very clean restaurants and top-notch customer service. Many imitators came along as a result. But none came close to the success of White Castle. McDonald's was successful in the 1940s, followed by Kentucky Fried Chicken in the 1950s. As time passed from Sinclair's classic novel, ground beef and poultry became staples in American diets. They also provided ideas for entrepreneurs wanting to disrupt the restaurant industry with revolutionary ideas.

Johnny Garneau worked as a soft drink server at Stratford, Connecticut's Candy Kitchen until 1941 when he graduated high school. He enlisted in the military during World War II and was honorably discharged in 1949. He opened a small hotdog stand that year, but closed it a short time later. He wanted to try a different restaurant model.

Johnny Garneau's American Style Smorgasbord opened in Clarion, Pennsylvania in the late 1950s. His all-you-can-eat model was popular. But health and sanitation issues loomed. People hovered over food in an open area. That invited contamination from coughing, sneezing and even touching the food by the ill-mannered. Enter Garneau's invention that popularized buffets.

Smorgasbord-style restaurants were not Garneau's invention. The 1939 New York World Fair featured a self-service buffet. The idea would have taken off in the 1940s. But World War II put a lot of the U.S. economy on hold. Once Garneau was discharged from the military, he brought the idea to life with his restaurants. But Garneau was a germaphobe and could not in good conscience execute his plans without protecting patrons.

Garneau filed a patent for his “Food Service Table” on March 10, 1959, according to the Smithsonian. The entire serving area was covered with plexiglass or plastic barriers that provided shields from airborne pathogens. Customers appreciated the cleanliness and safety measures of Garneau's smorgasbord, which led to quick expansion. He opened a second location in Monroeville, Pennsylvania, according to the Pittsburgh Post-Gazette.

The restaurant expanded into Pittsburgh as the Golden Spike. He opened restaurants in Florida and Ohio thereafter. Garneau passed away on May 14, 2013, leaving behind a legacy that persisted and is now essential for customer safety in numerous industries.

Sneeze guard mandates on self-service food establishments have been in place for decades. The coronavirus pandemic has expanded these requirements to myriad industries, either by recommendation or mandate from government officials.

The nine-county Bay Area continues opening up in stages, with the goal of returning to some form of normalcy within the next several months. Eco Office has been open throughout the shelter-in-place orders. We've been providing the essential service of retrofitting cubicles with plexiglass safety barriers. We're also providing the service to convenience stores, nail salons, grocery stores, and all other businesses preparing to reopen.

Turnaround times span a week to 10 days, depending on the size and scope of your project. Give us a call today at 408-437-1700 to speak to a project manager.