Open Office Workstations: The Flip Side of the Fad 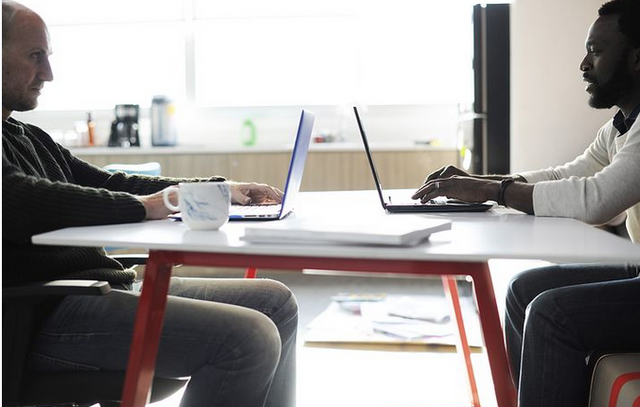 The scientific theory known as social proof posits that people in general follow the lead of others. Researchers have repeatedly demonstrated this phenomenon.

A 1969 study published in the Journal of Personality and Social Psychology asked French students their individual opinions on the President of the United States and the President of France. The students were then asked to discuss the subjects as a group. Those with somewhat favorable individual views of the French president became much more supportive once they heard the group favoring their premier. Slightly negative views of the U.S. president changed to intensely negative once the group confirmed it's position.

The outcomes are identical when an influential individual endorses or denounces someone or something in today's social media society. Richard Saghian, founder and CEO of Fashion Nova, told The Cut in 2017 that one Instagram post of Kylie Jenner wearing the company's apparel can lead to $50,000 in sales in a very short period of time. Oprah Winfrey started her book club in 1996. She featured 70 books through 2011, with 59 of them reaching the USA Today Top 10 best-sellers list, according to the CS Monitor. As a result of the foregoing, influencer marketing is now an important lead generation and SEO practice.

Open office workstations are the greatest thing since fax machines went mainstream in the 1980s. At least, that is the generally-accepted position by HR departments and labor scientists. Some of the biggest and most profitable companies in San Francisco and Silicon Valley feature open office furniture and modular setups throughout their spaces. But that does not mean the open office layout is right for your company.

Ethan Bernstein, associate professor of business administration at Harvard, noticed how all studies about open office workspaces were based only on surveys and other intangible variables. The conclusions were mostly the same though - open office workspaces encourage collaboration and teamwork. Bernstein and co-author Stephen Turban outfitted employees at two Fortune 500 companies with wearable technology that collected data on face-to-face interaction and digital communications. The companies were transitioning from individual workspaces to open office.

The study, entitled "The Impact of the Open Workspace on Human Collaboration," was released last year. It found that employees spent 73% less time with face-to-face interactions in the open office environment. Workers were also 67% more likely to use email and 75% more likely to use instant messengers to communicate with co-workers. Dr. Christian Jarrett, founder of the blog Research Digest blog, was not surprised by the findings. He wrote that people do not want to have difficult work-related conversations in front of the whole team. Supervisors either have to give employees feedback right in front of everyone or draw more attention by saying "we need to chat in the conference room."

Bernstein concluded that managers should evaluate their company's unique situations to determine the right layout. Further, Bernstein said workers feel pressure to look busy because there is always someone watching them. This increases anxiety and is likely the reason for headphones being used more often in the workplace.

Establish your company's goals before redesign

Some business owners want to redesign their offices purely for aesthetic reasons. Others want an environment that encourages the engineering team and marketing team to interact and collaborate more. Test your theories on small groups of employees. For instance, create a makeshift open office space in a large conference room. Have a representative sample of employees work there for a given amount of time (several weeks or several months) and measure the results. The idea is to get enough data to draw reliable conclusions before making changes.

Eco Office project managers guide clients through the entire office redesign process, from selecting furniture to designing floor plans. We have solutions whether you want traditional cubicles, an open office layout, or some other distinctive design. Give us a call today at 408-437-1700 to talk about your office redesign ideas and goals.