Ping Pong: the pros and cons of office table tennis 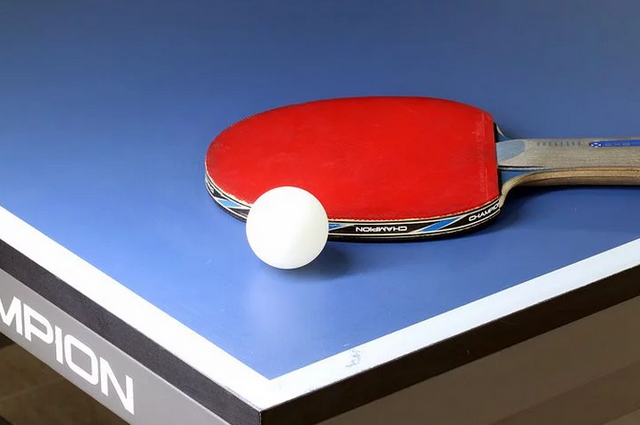 Workers do not necessarily appreciate all those little office distractions. A 2019 white paper by office design firm Hana found that only 44% of workers had time during their days to partake in air hockey, foosball and other time-killing activities provided by their employers. The survey also found that 61% of workers are skeptical of firms that prioritize fun over work.

Tech firms are especially focused on maintaining laid-back cultures that encourage relaxation between completed tasks. Climbing walls, video game rooms, pool tables, and even kegs of beer are considered normal, ubiquitous office furniture in Bay Area tech firms. But workers would rather do their jobs than spend hours in the office on recreational activities.

It's up to individual companies to balance work and play in the office. Ping pong is perhaps the most common recreational activity in offices. It's a cheap setup that provides hours of fun, competition and team-building energy among workers. It also gets workers off their feet and burns a few extra calories in this age of smartphones and sedentary lifestyles. If you're going to choose one recreational distraction for your office, ping pong may be the best choice.

Ping pong tables began showing up in offices during the 1990s. It's popularity grew after the sport became an Olympic event in the 1988 Seoul, South Korea games. One game of ping pong gets the blood flowing and provides workers some fun, water cooler trash-talking opportunities. But its the cognitive benefits that make ping pong attractive to business owners.

Alertness, concentration and tactical thinking are all enhanced by ping pong. Many workers hit the wall sometime in the afternoon after lunch. A game of ping pong gets them back to morning productivity levels. Dr. Daniel Amen is a psychiatrist and best-selling author. He said one of the most valuable benefits of workplace ping pong are the social interactions. This is particularly important for young Millennials and Generation Z who communicate primarily through text messages, emails and social media.

Table tennis can be played by an 18-year-old recent high school graduate or a 60-year-old with bad knees. It's a universal game because it requires very little raw talent and does not put a lot of pressure on joints. It's also a great exercise to improve hand-eye coordination. Ping pong improves reflexes due to the fast, reactionary movements required to win against the best players.

Ping pong is also a great way to improve balance. Young players can use the game to help enhance their skateboarding skills. Meanwhile older players increase blood flow to the brain during table tennis matches. Japanese researchers concluded that ping pong helps slow the onset of dementia and Alzheimer's disease.

It's (literally) all fun and games until someone starts complaining. The one knock on ping pong is the noise of the ball bouncing on the table and off the paddles. There's also the space factor. An official ping pong table is about nine feet long and five feet wide, according to the International Table Tennis Federation. There also needs to be enough space for players to maneuver around their side of the table.

Eco Office project managers use advanced design technology to assist our clients with space planning. Give us a call today at 408-437-1700 to discuss and execute your office layout and ideas.