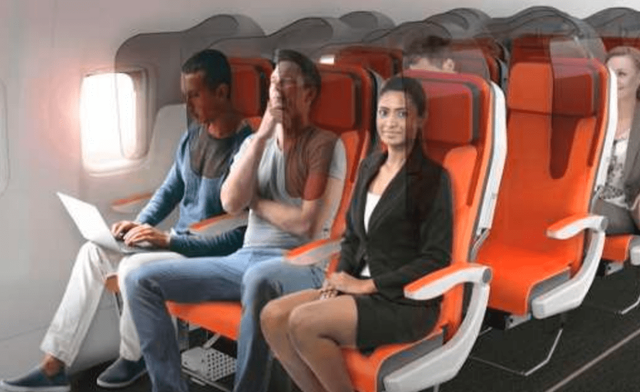 Cities and states have shut down their respective jurisdictions to varying degrees since the novel coronavirus struck the United States in March. There are no domestic travel restrictions implemented by federal government as of publishing. There are several countries, including China, Iran, most of Europe, and Brazil, that citizens are not allowed to travel to the USA barring strict exceptions. Individual states have implemented air travel restrictions based on local assessments.

Florida requires anyone arriving from New York, New Jersey or Connecticut to self-quarantine for 14 days. Those caught violating the mandate face up to 60 days in prison. Several states, like Hawaii and Idaho, have similar mandates. But the punishments are fines, not imprisonment. Alaska requires all visitors to fill out a "traveler declaration form" and mandate testing upon arrival or 14-day quarantine. Travel is still permitted to and from California despite the spike in COVID-19 cases throughout July. Hotels, RV parks and campgrounds are open throughout much of the state, with the exception of the San Francisco Bay Area.

Despite air travel being mostly immune from shutdowns, the industries has suffered greatly since the pandemic started. Domestic airlines carried 96% fewer passengers in April 2020 than they did in April 2019, according to the Bureau of Transportation Statistics. There was a 51% decrease in passengers from March 2019 to March 2020. The International Air Transport Association reported that global air traffic was down 86.5% in June 2020, compared to June 2019. It was down 94% in April. The industry said its unlikely revenues and passenger numbers will recover to pre-pandemic levels until 2024.

Both airlines and cities that rely on tourism are doing everything they can to lure visitors and travelers. Las Vegas casino owner Derek Stevens gave away 1,000 free flights to Sin City from 20 major U.S. cities to entice visitors. Cancun, Mexico launched it "Come to Cancun 2X1" initiative in May. The city comps two free nights at any hotel for every two nights paid for by visitors. They also refund the airfare for one party in a couple. Airlines are going a few steps further, making travel both inside airports and aboard planes safer for everyone.

Its common in these times to board a small plane with 40-plus seats, and only 10 of them are occupied. Flight schedules are a fraction of what they once were, while more than 3,000 airplanes that were once making daily trips, are parked. Airlines for America reported in May that the average airplane has only 17 passengers on it since April. Individual airlines are doing all they can to show customers that they are taking all necessary safety steps.

Terminals have tape on the floors that help people remain 6 feet apart. Mike Hanna is the vice president of operation for United Airlines at Chicago's O'Hare airport. He told NPR that sneeze guards are continually going up throughout the terminal to keep both passengers and workers safe. He said planes are disinfected with electrostatic cleaning. They block all middle seats aboard planes.

Blocking seats is not an economically sound, long-term idea for airlines because it reduces the number of seats they can sell. Plexiglass dividers between seats are being discussed by several airlines. The equipment is easily retrofitted on existing seating. The endeavor would still be expensive for airlines, considering they are currently burning through $10 billion in losses every month since March. But the move may be necessary to boost traveler confidence.

Eco Office has been providing essential plexiglass products and services for Bay Area companies throughout the pandemic. We also do space planning for partitions between desks, exercise equipment, and other applications. Give us a call today at 408-437-1700 to discuss your needs.