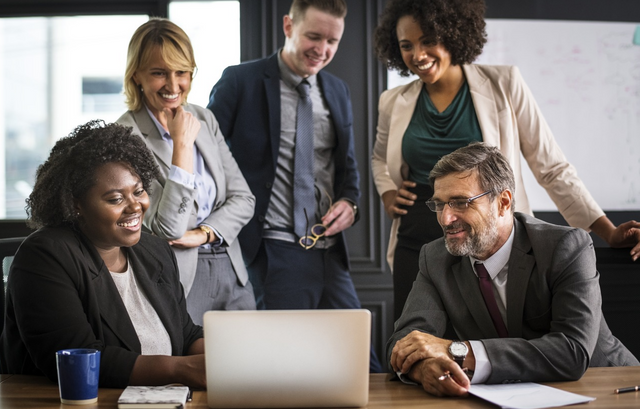 Money doesn’t necessarily buy happiness and that cliche played itself out in the annual Best Company Culture survey by Comparably.

Costco earned the top spot on the list of large companies (over 500 employees) despite workers reporting that pay is “not spectacular,” but still above average. The company received 86% positive reviews, with employees citing several perks, including paid company picnics, stock options and free memberships for themselves and all immediate family. Work-life balance is also a contributing factor, with 70% of workers saying they are not overwhelmed and/or overworked.

Three Bay Area companies made the top 10, and eight were in the top 25. San Francisco has the second-longest commutes and fifth-most stressful commutes in the country, according to a Robert Half study. Kiplinger ranked San Francisco number-2 and Oakland number-7 in its 2019 most-expensive cities to live. Bay Area companies understand these challenges and provide employees with ample perks and pay to overcome and thrive in America's fifth-largest metro area.

Google, Intuit and Salesforce in the top 10

The Mountain View “Googleplex” is best known for its cafes that provide free meals for employees, saving them a ton of money every year on food costs. Google, ranked number-2 on the Comparably survey, has on-site gyms, game rooms, and plush, creative office lounge furniture for employees to relax and unwind. The company also has its “20% time” policy, which encourages employees to pursue passion projects with 20% of their time in the office.

Intuit, number-7 on the survey, received a 90% positive response from 287 employees. Annual bonuses and performance-based stock options were often cited as two of the best perks the company has to offer. Advancement opportunities are plentiful for those who go the extra mile. But workers also reported being able to "not push themselves" and maintain a comfortable work-life balance without feeling pressured. It also helps that employees like each other, with 91% reporting that they enjoy interacting with their teams.

Salesforce earned the number-8 spot in the instant survey, while also earning the number-1 spot on the 2018 Fortune 100 "Best Companies To Work For" list. Leadership at the company earned a lot of praise, with words like supportive, trustworthy and genuine showing up often in the 385 employee reviews. There is also a general feeling that their work is impactful on society and that they are working for a greater good, not just for a paycheck.

Eco Office is too small to qualify for the Comparably survey. But its hard employees love what they do here and the people around them.

"We have a great team here at Eco office. I enjoy spending time with staff both during office hours and non-office hours," Project Manager Joe Cain said. "I have played soccer with a fellow PM for the last seven years and will continue to do so."

Matt Benak, another Eco Office project manager, emphasized how everyone at the company wears a lot of different hats and must work well together for everyone to be successful.

"One day you are in the field, in a newly-developed skyscraper in San Francisco putting in an entire floor of workstations," he said. "The next day you are in a garage looking to section off a 10x10 space for a home office. It is great to have this flexibility in our job."

Samantha Johnson is a freelance writer and editor. She lives in Sacramento with her husband, daughter, and two cats. Samantha writes for several retailers and mommy bloggers, and runs an e-commerce store.