Why you should respect the custodians in your office 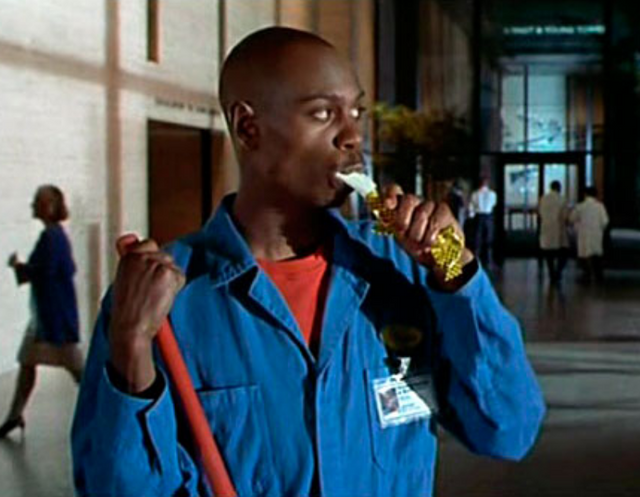 “Janitor? Uh janitor?” Those who have seen the 1998 cult-classic “Half Baked” belly-laughed at that microcosm. Though Dave Chappelle's character in the movie name was Thurgood, he was simply known as "janitor" to the scientist that needed a favor.

There is no definitive answer as to the difference between a janitor and a custodian. The previous is typically responsible solely for cleaning, whereas the latter cleans and repairs anything that may need fixing. A janitor may be a contract employee who cleans several different office buildings on a given day. Some custodians have offices of their own within the building. The differences from there are negligible.

The average custodian in San Francisco earns $37,600 annually, according to 2019 Salary.com data. Janitors with the same criteria have an average salary of $37,527. Glassdoor reports custodian salaries in the Bay Area to be $43,963. The average salary for all single persons in San Francisco is about $89,000, meaning janitors live frugal, simple lives. But there are some janitors who are more satisfied with their careers than the $200,000 per year executive for the next hot Silicon Valley startup.

A 2013 study by Yale School of Management professor Amy Wrzesniewski commenced with one simple goal - ask custodial staff about their daily operations and thoughts on their jobs. About half of them provided predictable responses, calling their jobs dirty, low-skilled and doing it solely for the medical benefits.

But some, doing the exact same job, described their work in more glowing terms. One called themselves “ambassador for the hospital.” Another said they were a healer who created sterile spaces for sick people. One very ambitious custodian said she’d rearrange artwork on walls where patients were in comas, hoping the scenery change might wake them up. Wrzesniewski referred to the latter group as "job crafters" who make the best out of the situation given to them.

Janitors ensure the toilets you use are clean, vacuum the carpet, and even dust everything at your cubicles. But there are several other reasons you should respect these "custodial engineers."

Hardest workers in the building

You may be tasked with devising a marketing strategy for a Fortune 500 client or writing code for your company's mobile app. But custodians are doing manual labor nonstop. They are essentially cleaning up after thousands of people who take them for granted.

They have a holiday

National Custodial Workers' Recognition Day is on October 2 this year. Granted there is no official government proclamation that created this day. But it is celebrated every year in schools, hospitals and some large office buildings. If nothing else, try and tell a custodian "thank you" on that day. Recognition goes a long way in the workplace.

Janitors are the epitome of tolerance


Though cleaning up vomit and other human excretions isn't a daily task for office custodians (all due respect to hospital custodians), they still have to do it.

A custodian is a human being

It doesn't really matter who said it first. It only matters who acts on it last.