Yoga is taking the corporate world by storm 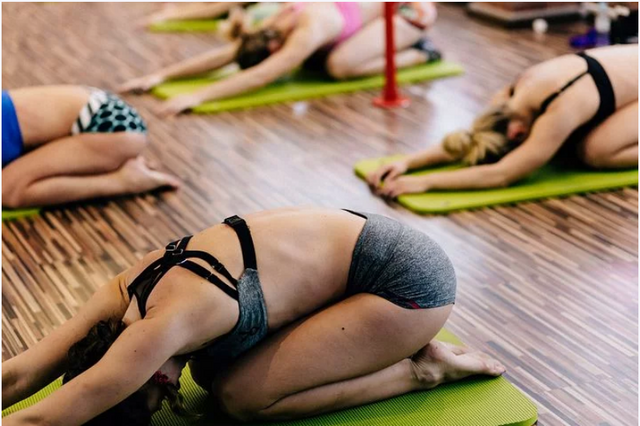 Yoga is fast becoming the norm in office settings due to government incentives and the direct benefits of more mindful, relaxed employees.

A 2009 study by researchers at Ohio State University found that sedentary workers who participated in daily group and individual yoga programs showed improved sleep quality and lower stress over time. Another study published in 2017 in the CDC journal Preventing Chronic Disease found that yoga practices among U.S. workers doubled from 2002 to 2012. That study also concluded that individuals who were employed were more likely to report practicing yoga than those who were unemployed.

The old 9 to 5 daily routine prior to the turn of the 21st century has evolved into a more round-the-clock grind. Workers today frequently check emails and log into work communications platforms long after their shifts end. Many workers telecommute some or all of the time, further blurring work-life balance lines. Small firms with limited budgets focus wellness programs on ergonomic furniture and computer accessories. But larger firms courting top talent in the global marketplace try and one-up each other with company culture that includes yoga and meditation.

It makes perfect sense that sports apparel giant Nike is one of the leaders in normalizing yoga in the workplace. The Bo Jackson Fitness Center, located at Nike headquarters in Beaverton, Oregon, is a 60,000-square-foot athletic complex. All 5,500 employees have full access at their leisure. The weight rooms and aerobic rooms are typically the most used areas of the complex. Some of Nike’s biggest names, like Lebron James, made the yoga studios popular. James told SI that he’s been practicing yoga for years to help him “stay ahead of the curve.” Kyrie Irving, another Nike athlete and NBA superstar for the Brooklyn Nets, has also practiced yoga at the facility.

Most companies don’t have superstars for motivation related to yoga. Aetna, one of the largest health insurance companies in the U.S., offers free yoga classes at the office. Former CEO Mark Bertolini suffered a serious ski accident in 2004. He implemented yoga into his daily life to replace the pain killers as part of his rehabilitation. His “drug-less cocktail” of yoga, acupuncture and naturopathy allowed him to ween off the drugs and live a normal life. Bertolini was so grateful that he began offering free in-office yoga classes to all employees in 2011. He told CNBC that employees gained 69 minutes of productivity the following year, and the company saved about $3,000 per employee in healthcare costs.

Stanton Kawer, CEO of Chicago-based Blue Chip Marketing, made a pledge to his stakeholders called “The Promise of Uniting.” This meant that the whole was better than the parts when it came to employees and the company. Yoga was the key to executing the pledge. The results, according to Kawer, were “remarkable.” The company is far less constricting. It also embraces a community culture that encourages contributions from everyone without the fear of judgment.

Motivation and a few yoga mats are the only requirements to start a workplace yoga program. The challenges are mostly psychological. Some coworkers are friends outside of the office. Others know each other only as co-workers. The unfamiliarity is embarrassment to some and leads to non-participation.

Overcome this yoga education. Hang photos of diverse individuals practicing yoga in your space. This also helps eliminate stereotypes about yoga. It's not a religious ceremony as some observers believe. Keep it fun and light. Once workers begin to feel the positive effects of yoga, programs can be expanded to more formal sessions.

Workplace yoga programs lower stress among team members. It also improves overall physical health. Management will notice the differences not only to overall culture, but also on the balance sheets.

Eco Office redesigns office spaces for Bay Area companies to accommodate yoga activities. Many of our clients update their workspaces with both new and pre-owned office furniture at the same time. Give us a call today at 408-437-1700 to discuss your new yoga room and office redesign.