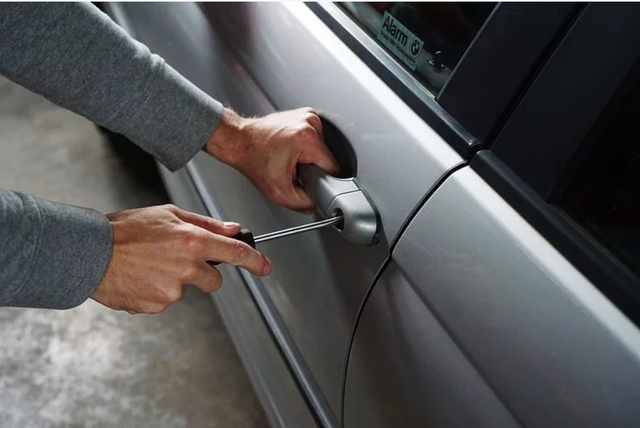 The San Francisco Bay Area always ranks in the top ten for commute times. Commuters spend approximately three work weeks, or about 116 hours, per year in traffic, according to a 2019 Money Crashers analysis. Some workers have the luxury of on-site parking garages or lots with security. But others use park-and-ride facilities or public, unattended parking lots. The latter are breeding grounds for an growing problem in the Bay Area.

A report by KRON Channel 4 indicated that car thefts are happening at a higher frequency than in previous years. It's not like in the old days, however, when thieves used slim jims to unlock a door and hot-wired vehicles. The target in 2020 is catalytic converters, particularly those on Toyota Priuses.

San Mateo Police said they are answering more calls about catalytic converters thus far in 2020 than at the same time last year. The problem is also prevalent in San Carlos. But commuters, and everyone else in the Bay Area, should be on high alert.

The Environmental Protection Agency issued strict regulations in 1975 that required automakers to mitigate exhaust emissions. Catalytic converters take the pollutants from combustion engines and combine them with hydrocarbons, oxygen and carbon dioxide. The process turns a lot of those greenhouse gases into harmless water and carbon dioxide. Toxic emissions are vastly mitigated as a result.

Thieves want catalytic converters because of the palladium group metals (PGM) content. These metals of course include palladium, along with platinum and rhodium. Most cars made after the year 2000 have anywhere from 2-6 grams of PGM content. SUVs and large trucks have upwards of 30 grams of PGMs. An ounce of palladium is worth $2,571 as of February 20. Platinum goes for just over $1,000 per ounce.

The Toyota Prius is a common target because the catalytic converter is easier to remove compared to other models. Toyota light trucks have a similar exhaust system and are also heavily targeted. Older model cars are also targeted due to the higher concentration of PGMs in their catalytic converters.

The good news is that a car can run even if the catalytic converter is removed. But it will fail smog tests and run slightly louder. A determined thief will get your car's catalytic converter no matter where you park. There have been reports of them being stolen from cars parked in driveways. Parking garages are also fertile grounds for thieves. The more precautions taken, the less likely you'll become a victim.

Some vehicle owners cover their catalytic converters with metal plates. The extra barrier deters thieves and makes them move on to easier targets. "Bolt-on" model converters can have the bolts welded on so thieves will have a more difficult time removing them.

Police suggest that vehicle owners etch the car's VIN number on the catalytic converter in several places. Ask your mechanic to do so at your next oil change if you don't know where it is. The most practical protection against thieves is a car alarm. Parts and installation are as cheap as $50 and well worth it.

Eco Office is located in Milpitas, on the corner of Milpitas Boulevard and Ames. We're not aware of any catalytic converter thefts in this area. The most troubled parts of the Bay Area are San Carlos, San Mateo and Redwood City. The Milpitas business community is encouraged to report any suspicious activity immediately to police.