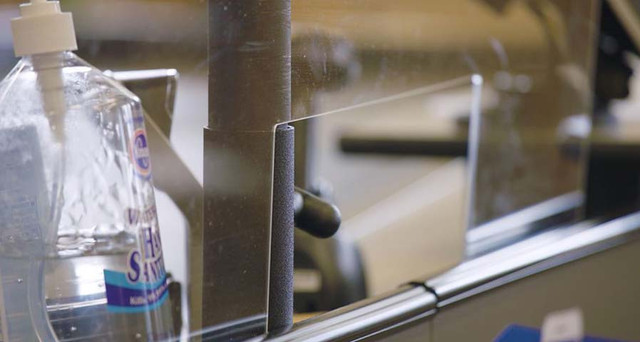 The Golden State Warriors announced on March 11 that they would play their next home game against the Brooklyn Nets without fans. That same day, San Francisco Mayor London Breed banned all public gatherings of more than 1,000 people. The NBA suspended the 2019-20 season indefinitely later that evening. The NCAA announced it was cancelling the March Madness championship tournament the following day. It was a huge blow to Stanford, which was playing its way into the "big dance" from the tournament bubble. These events were reality checks for Americans, the triggers that let us all know COVID-19 was a disaster-level event.

States began issuing shelter-in-place orders soon thereafter. Terms like "social distancing" and PPE entered U.S. vernacular. Meanwhile essential items like toilet paper, paper towels and hand sanitizer were nearly impossible to find and remain scarce seven weeks later. Despite all the madness, "essential" businesses have remained open throughout. These include, but are not limited to, grocery stores, gas stations, banks, pharmacies, hardware stores, laundromats and auto repair, according to SF.gov. Those who have been to one of those establishments in the Bay Area recently have noticed a common theme.

Most 7-11, CVS, banks and other essential stores are protecting their cashiers and other employees with plexiglass safety barriers. These simple, transparent or translucent barriers not only provide peace of mind to workers, but also help your company comply with social distancing and other directives from the state.

Coronavirus is transmitted via person-to-person contact, according to the Centers for Disease Control. This includes respiratory droplets from an infected person who sneezes or coughs. The droplets are inhaled or otherwise make contact with mucous membranes, causing infection.

The barriers you see at various businesses between personnel and the public are sometimes called sneeze guards. Some are made of standard glass. These applications are more permanent and heavier than the alternatives. Plexiglass is the most common material for safety barriers because it is lightweight and scratch-resistant. Plexiglass is stronger and more adaptable than standard glass as well.

Sneeze guards in retail applications should be tall enough to protect the workers whether they are sitting or standing. Some choose to leave a 3-5 inch opening at the bottom of plexiglass safety barriers to facilitate transactions. Others choose to connect the barriers to the counters, and create a small, rectangular opening for facilitating transactions.

Many companies utilize open office workstations in the 21st century. The idea was to encourage collaboration and eliminate walls in office settings. Workers have mixed feelings about these setups, with some even quitting their jobs due to open office implementation at their firms. Companies can keep their open office floor plans when the economy reopens in the next month or two. They'll simply require some adjustments that maintain the no-walls culture while keeping workers safe.

Eco Office is open during the COVID-19 lockdowns. We are providing essential safety mechanisms to companies in preparation of reopening next month. This includes installing cubicles, plexiglass safety barriers, and providing office partitions. Turnaround times span a week to 10 days. Give us a call today at 408-437-1700 to make your appointment today.