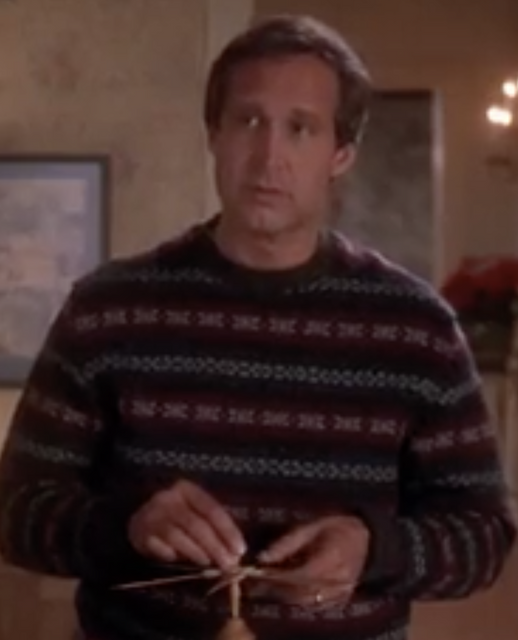 National Ugly Sweater Day was last Friday, December 20. It falls on the third Friday of every December since 2011. But many workers are at the office today before getting both Christmas Eve and Christmas Day off to spend with the family. Substantial productivity is not expected on this day and everyone is likely to leave a few hours early. But egg nog and ugly sweaters are everywhere in my shared office space today and likely are prevalent in yours as well.

The origin of Christmas jumpers, also known as ugly sweaters, is not entirely clear. You get different answers depending on the source. The commercialization of Christmas began in 1933 when Sears published its first holiday catalog. It was 87 pages, with about one-third of it devoted to toys. There were also many pages that featured thick, durable sweaters that kept you warm and in the holiday spirit.

Of course that was during the Great Depression. A vast majority of Americans didn't have disposable income to participate in the first commercialized holiday seasons. Americans had more money and a more festive disposition in the 1950s after the Depression and World War II. Television also took off with shows like "I Love Lucy" and "The Bob Hope Show." That meant advertisements featuring people wearing ugly sweaters.

JC Penney first published its Christmas catalog in 1963. Children of the 1970s and 1980s waited anxiously by the mailbox for the Penney's catalog to show up every year, usually in late October. It was the functional equivalent of a toy store in a 400-plus page catalog.

Kids made new Christmas lists everyday based on what they saw in the catalog. Meanwhile parents were browsing all the boring gifts, mainly clothes. That included ugly sweaters. But ugly sweaters really didn't become a holiday trend until Hollywood dads Cliff Huxtable and Clark W. Griswold wore them in their respective shows and movies. Like a lot of 80s fashion, ugly sweaters weren't really considered "ugly" back then. They were just normal attire particularly during the Christmas season.

Ugly sweaters became more novelty in the 1990s. The search term "ugly sweaters" first started registering in Google trends in 2007. Since that time, it has continually peaks in interest every November and December.

People in general often take themselves far too seriously, especially at work. Ugly sweater days humanize everyone, from the IT guy who never comes out of his office, to the bubbly social media manager. Everyone laughs and tells nostalgic Christmas stories of elves on shelves and waking up to Santa Claus in their living rooms (of course it was just dad in a red suit).

Ugly sweaters also show that your company gets in the holiday spirit whether employees celebrate Christmas, Kwanzaa or Hanukkah. Make it interesting by allowing everyone to vote for the best ugly sweater. Make it a contest that the top three or top five win something so everyone is motivated to participate. Simple prizes like gift cards from $10 to $50 is enough to make it fun and not ultra-competitive.

The Eco Office team wishes everyone safe travels and a Happy Holiday season.