Office culture will evolve, not die 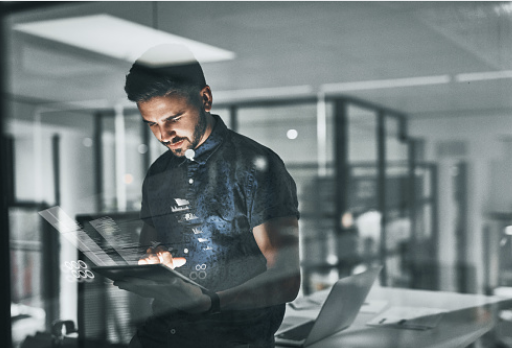 Research paints a positive picture for telecommuting and companies that fully embrace it. A 2014 study by Stanford University found that call center workers were 13% more productive when they worked from home. Researchers at the University of Texas found that remote workers stayed on the clock upwards of seven hours longer than their in-office counterparts at call centers. Software firm PGi found in a 2014 survey that 82% of telecommuters reported less stress. The survey also found that 80% reported improved morale and 70% were more productive.

There are also widely-acknowledged drawbacks to telecommuting. Security is perhaps the most concerning to employers. Apps like Google Docs and Dropbox allow companies to share documents between workers and departments. Some employers are still not fully trusting of cloud storage and are hesitant to transmit confidential and proprietary information on such apps. Worker negligence, including using public unsecured Wifi and using their work computers as personal computers, also presents security issues. Reed Hastings, CEO of Neflix, shined the spotlight on another potential drawback to telecommuting that few C-level executives acknowledge.

Joe Flint of The Wall Street Journal interviewed Hastings this week about his company's culture since the coronavirus pandemic sent everyone home in March. It was Hastings' response to a question about the benefits of working from home that sparked social media debate from all sides. Hastings said he has not seen any positives comes from his 8,600 workers mostly telecommuting. He said not being able to get together is "a pure negative" and that debating new ideas is much more difficult.

Netflix is a production company. Granted much of the creative aspects can be facilitated remotely. But like manufacturing companies, packing plants, and retail stores, telecommuting is difficult when trying to produce and direct television shows and movies. Several large Bay Area companies, including Twitter, Google and Facebook, have hinted that their employees will work remotely in perpetuity. California, particularly the Bay Area, is a trendsetter when it comes to everything from public policy to labor trends. Many CEOs and small business owners, however, are not ready to give up on traditional office culture. They are looking to be trendsetters in its evolution.

The BBC reported on August 28 that the UK government launched an ad campaign to encourage workers to return to the office. It is a tough sell, considering that 90% of U.K. workers prefer staying home, according to a study by researchers at Cardiff and Southampton universities. The Confederation of British Industry warned that city centers would become ghost towns if workers do not return to the office sooner rather than later. This reality is playing out across the United States.

The Shreveport-Bossier, Louisiana metropolitan area is a prime example. Casinos and gaming are a major part of the economy there. The Shreveport Times reported that casinos earned nearly $53 million in total revenues in February. That number dropped to $24.7 million in March, and to $0 in April. The statewide stay-at-home order was lifted in May. But casino revenues were still way down at $18 million for the month. Las Vegas lost over 250,000 jobs in May and June, according to Nevada Public Radio. For perspective, the city lost 200,000 jobs in 30 months during the Great Recession. Local economists speculate that it will take three years for the city to recover, while some believe it will never be the same.

College towns are being hit very hard too as a result of COVID. Many schools cancelled their football seasons altogether or are not allowing fans in the stands. Students are not in town to patronize businesses, rent apartment, and buy books.

Dispersed workforces make it difficult to build on company culture. It's a particularly important time to connect workers based on a common mission and message due to all the civil unrest across the country. Mindy Grossman, CEO of WW International Inc., resolved this issue with technology. She shared her feelings on the issue, and followed up with a seven-minute meditation session for all employees via video call.

Hastings posited another idea that is likely to catch on when the world returns to normal. He suggested that Netflix workers would ultimately work four days in the office and one day remotely. The four-day work week (40 hours condensed into four days) has been studied for decades. Microsoft experienced a 40% production increase in its Japan subsidiary in 2018 when the company closed every Friday for one month. COVID has perhaps created the perfect storm for companies to implement four-days on, one day at home permanently.

Eco Office is helping Bay Area companies operate safely by installing plexiglass barriers on cubicles, customer-facing counters and other applications. Customers, students and/or employees get peace of mind and trust companies that invest in safety during these times. Give us a call today at 408-437-1700 to discuss your plexiglass and other office design needs.