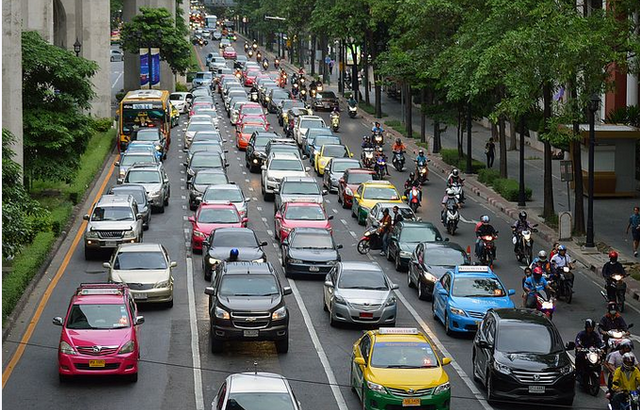 Uncle Sam, apple pie and rush hour traffic - those three things epitomize America like social distancing, masks and lockdowns epitomize COVID-19. Cars are both status symbols and necessities. A leather interior means you make north of $200,000 per year in the Bay Area. But it's best to ensure your car is comfortable considering how much time we spend in them.

A 2019 study by the Texas A&M Transportation Institute examined the number of wasted hours we spent in traffic every year. Researchers defined wasted hours as time spent in traffic that is not flowing along at the posted speed limit. The average American commuter spends 54 hours in traffic delays per year, or a little over two days. Los Angeles commuters topped the list, spending nearly five days (119 hours) per year stalled in traffic. The Bay Area (San Francisco-Oakland) was second at 103 hours per year. Rush hour traffic is nothing new to coastal Californians. The novel coronavirus may create yet another new norm related to traffic.

Rush hour traffic about to spike?

Cities and employers have been incentivizing alternative commute methods for decades. Whether its HOV lanes, carpooling or public transportation, society is trying its best to reduce the number of cars on roads, and thus reduce carbon emissions. But COVID-19 has many people afraid to ride buses, subways and other public transportation.

Most transit jurisdictions get only a small percentage of revenues from rider fares. But New York and Chicago get 35% and 33% of their revenues from fares, respectively. Those cities, along with virtually all others, waived fares completely in the last couple months to keep drivers safe and away (social distanced) from the general public.

San Francisco Muni gets only 13% of its funding from fares, according to the New York Times. Most of the Muni is funded by parking fees and fines, both of which have dwindled since March. It shut down all routes on March 30, and has slowly been restoring routes in the last several weeks. Transit systems received $25 billion from the rescue bill in March, but its not enough to stave off the vast financial downfall.

All of this adds up to more single-occupancy vehicles on freeways and city streets. A model by arXiv (Cornell University) shows just how reliant Bay Area residents are on public transportation. If 3 of every 4 regular transit users start driving to work, one-way commute times will nearly triple. That's compared to about a 12% increase in one-way commute times if 1 in 4 regular transit users start driving.

Other cities bracing for traffic increases

Dorval Carter, President of the Chicago Transit Authority, said at a public meeting that companies may want to rethink work schedules. He recommended that Chicago-area companies stagger start times to curtail what could be potential rush hour traffic disasters due to so many more cars on the road. Atlanta traffic dropped upwards of 50% in March and April, according to the Georgia Department of Transportation. Officials don't expect a huge spike in traffic in the area due to high unemployment and rising COVID cases.

Eco Office has remained open throughout the COVID-19 crisis. We've been providing essential services to businesses, particularly plexiglass barriers and dividers, aka "sneeze guards." We're retrofitting cubicles with plexiglass dividers and utilizing office partitions to encourage social distancing in various settings. Give us a call today at 408-437-1700 to discuss your needs.