Working on Thanksgiving is not unusual 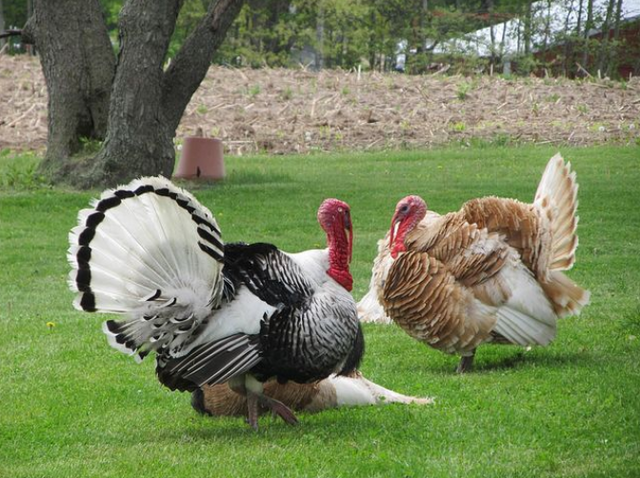 The fourth Thursday in November (Thanksgiving) has been a federal holiday since 1863. That means many Americans get the day off from work. A 2016 Bloomberg BNA survey found that 99% of employers gave workers paid time off on Turkey Day. Another 80% said workers also get paid time off the Friday after Thanksgiving. The respondents were mostly froimn the white collar sector. This article is being written on Thanksgiving, at a Starbucks in San Jose. Thus at least myself and three baristas behind the counter are working.

Retail and restaurant workers are the most likely private sector employees working today. A vast majority will earn time-and-a-half or double time for their sacrifices. Walmart is one retailer that does not pay premium wages to its employees for the holidays. Instead workers get a 10% discount on "most grocery items" from Thanksgiving to New Year's Day. Other retailers are shutting their doors entirely for the holidays. Melody Wright, COO of retail chain Von Maur, told the Minneapolis/St. Paul Business Journal that there are more negatives being open on Thanksgiving than positives. It increases payroll and energy costs, and lowers employee morale.

Many retail workers voluntarily give up family time for the extra money that comes with working on the holidays. There are others who actually complain about their employers being closed so many days during the holiday season. Workers that don't receive holiday day lose nearly a week of wages in the last five weeks of every year.

City and county employees like police and firefighters work on Thanksgiving. There's no parking enforcement on Thanksgiving in San Francisco, so those workers are off. The Santa Clara Valley Transportation Authority is running today on a modified schedule. But many private sector workers beyond retail are also working today.

Thanksgiving Day isn't a huge travel day. It's the days before and after that keep airline workers busy. Trade organization Airlines for America estimates that 31.6 million people will travel by air from Friday, November 22 to Tuesday, December 3. That's up 3.7% from last year and sets a new record for air travelers over the Thanksgiving holiday.

Ticket agents, baggage handlers, screeners and flight attendants work to ensure everyone gets to their families in time. They are extremely busy and under a lot of pressure. Sunday, December 1 is expected to break the record for the busiest air travel day in U.S. history. Be patient. Directing frustrations at the airline workers isn't going to speed up your trip.

Dr. Steven Polevoi has been medical director for the University of California - San Francisco Emergency Department for 31 years. He said emergency room visits increase during the holidays because people delay primary care. They brush off symptoms of worse conditions as simple anxiety. Binge drinking during the holidays also leads to more emergency room visits, he said.

ER nurses know that working on the holidays comes with the territory. They simply make the best of it. Janine McCowan, a labor and delivery nurse at Tenet Healthcare in North Carolina, told the Daily Nurse that they hold Thanksgiving potlucks. The hospital also schedules shorter shifts so nurses have some time to spend with their families.

The Eco Office crew is home for Thanksgiving. Our project managers are resting up for a busy December. Many clients want to their office redesigns and space planning done before the New Year. Shoot us an email today or just give us a call on Monday at 408-437-1700. We can have your office ready for the New Year as well.