The Science Behind Standing Desks

Interest in the standing desk alternative to traditional desks has been growing in recent years. According to the BBC, standing desks have already become commonplace in Sweden, Finland and Norway (why do those Nordic countries always seem to be ahead of the game?), with some estimates putting the adoption rate at 80 percent of office workers. In 2014, Denmark became the first country to mandate that businesses offer a standing desk option to all employees. But while spending less time sitting hunched in front of a computer might seem intuitively like a good idea, is there really any science supporting the increased interest? Turns out, the answer is yes. 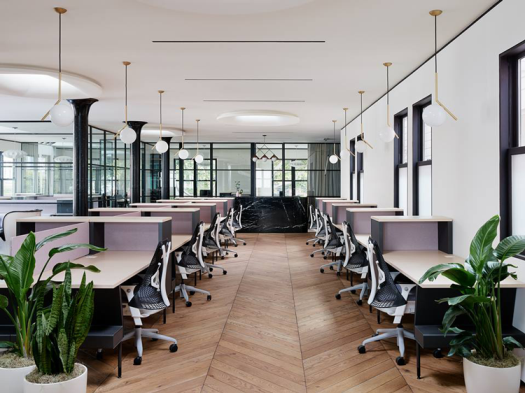 
Sitting is Terrible For You

A recent survey by the British Heart Foundation found that office workers spend an average of 9 hours per day seated, including time spent sitting at home. While 9 hours may not be all that shocking of a number, what might come as a surprise is the various ways in which prolonged sitting can negatively impacting your health. Sitting for extended periods has been linked to obesity, diabetes, cardiovascular disease, cancer (especially colon and breast cancer) and even premature death.

According to a US and World News Report, a 2007 study of the effects of a sedentary lifestyle on various metabolic markers in otherwise healthy men showed that reducing the number of steps an individual takes per day can result in “numerous metabolic abnormalities,” and an increase in heart disease risk factors. The experiment, conducted by Dr. Rikke Krogh-Madsen at the Centre of Inflammation and Metabolism in Copenhagen, showed that reducing the number of steps these men took each day from 6,000 to 2,000 resulted in a 60 percent increase in the amount of insulin circulating in their blood and a 7 percent average increase in abdominal fat in only two weeks.

Another study conducted at the University of South Carolina in 2010 showed similar results. According to NPR, Steven Blair, who conducted the study, found that "men who reported more than 23 hours a week of sedentary activity had a 64 percent greater risk of dying from heart disease than those who reported less than 11 hours a week of sedentary activity." And in case you needed any more convincing, according the the Pennington Biomedical Research Center in Baton Rouge, LA., people who sit for most of the day are 54 percent more likely to die of heart attacks than those who don't.

But is Standing Better?

It seems pretty clear from the above data that we should all try to minimize the amount of time we spend seated in a day. But is standing really that much better?

Science suggests that standing at work instead of sitting might help you lose weight, which can reduce your risk of diabetes and cardiovascular disease. Most people burn around 80 calories/hour while seated. Standing bumps that up to around 88 calories/hour. That might not seem like a huge difference, but one study published recently in the European Journal of Preventative Cardiology found that people who switched to a standing desk lost an average of 5.5 pounds over the course of a year compared with those who remained at sitting desks. Other studies have suggested that after a meal, blood sugar levels return to normal ranges more quickly in people who spend more time standing than sitting. Anecdotal evidence suggests people who make the switch to standing desks experience less fatigue, less back pain and greater levels of concentration.

Findings like these can mean good news for businesses. A recent study in the British Medical Journal suggested that standing instead of sitting leads to improvements to occupational performance and mental health. And healthy employees can be up to 25% more productive than unhealthy employees, according to one Australian study.

If you are accustomed to sitting all day, experts suggest easing into standing. If your body isn't used to standing for long periods of time, you may develop new back pain or foot pain if you jump into it too quickly. In fact, some studies have suggested that the optimum way to work is to sit for 20 minutess, stand for five minutes, and then move for two minutes, which might make height adjustable desks a good investment for those looking to increase the health and productivity of their employees.