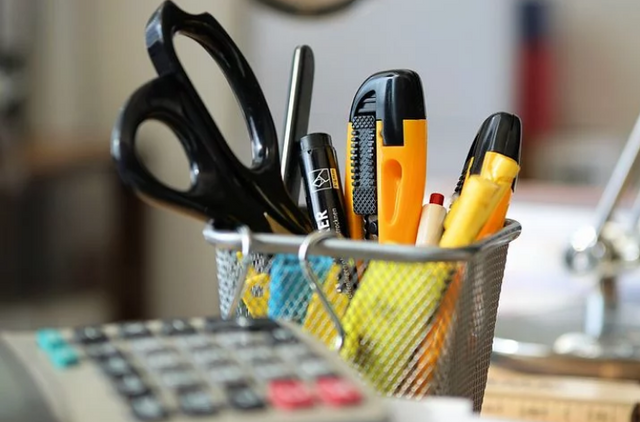 The average American slept 6.8 hours per day in 2019, according to StartSleeping.org. That's down from eight hours of sleep per day in 1942. Meanwhile only 1 in 5 jobs today require physical activity, according to Johns Hopkins University. That down from nearly half of jobs being physical in 1960. The morals of the story - statistics are fun, and your beds and office chairs better be comfortable.

Office supplies get more fun and quirkier every year. Those Wheel of Fortune-type paperweights that double as spinners are fun. When you're undecided about that second Starbucks break of the morning, spin the top and go with the answer it lands on. Staple-free staplers (that may be an oxymoron) won't be replacing Swinglines anytime soon. The previous can only handle upwards of seven sheets at a time right now. Inkless pens are also gaining popularity. But really, how often does anyone actually write on paper anymore?

Many office fixtures like cubicles and file cabinets haven't changed much over the years. But their origins, or at least the anecdotal stories of their creation, always make for interesting reading.

It's quite ironic that Charles Darwin is given credit for being the first to put wheels on office chairs. He apparently wanted a quicker, more efficient way to move around his laboratory. All the while he was studying the evolution of animals, including humans, from ancient relatives. If Darwin did in fact invent casters (the fancy word for office chair wheels), he's also a big part of workplace evolution.

The difference between human evolution and office chair evolution is that we know the missing link in the latter. American inventor Thomas E. Warren designed the Centripetal Spring Chair shortly after hearing about Darwin's nifty idea. It had wheels like Darwin's chair. But it also had very soft, velvet cushioning for back and arm support.

The chair made its debut at the 1851 London Great Exhibition. But potential buyers deemed the chair too comfortable for office use, according to seating design expert Dr. Jennifer Pynt. Needless to say, workers' health was not a priority at that time.

Companies with laid-back cultures often hold some kind of office Olympics as team-building exercises. Office chair racing is a common event. Nobody, however, does it like Europeans.

The first German Championship in Office Chair Racing took place in Bad König, Germany on April 26, 2008. If you think all the winner had to do was propel themselves through a few orange cones, you're wrong. The race was a 560-foot course that included two very steep hills. The 70 participants decorated their "race chairs" with decals, stickers and various other trinkets. Some even dressed in costumes. One guy wore a rabbit suit and ears while driving his rabbit-themed chair.

No, Romy and Michele did not invent Post-It Notes.

But the guys who did invent them stumbled upon the idea after a series of fortunate mistakes. A 3M employee named Spencer Silver was tasked with creating a super strong adhesive for aerospace applications in 1968. His concoction turned out to be far too weak for its intended purpose. A few years later, a 3M engineer named Art Fry has having trouble keeping paper song markers from falling out of his hymn book. He used Silver's glue to stick the markers to this book. The rest is history.

Another fun fact: the Eco Office team has designed and executed some of the most innovative office spaces in the Bay Area. Give us a call today at 408-437-1700 to talk about your office furniture and design needs.